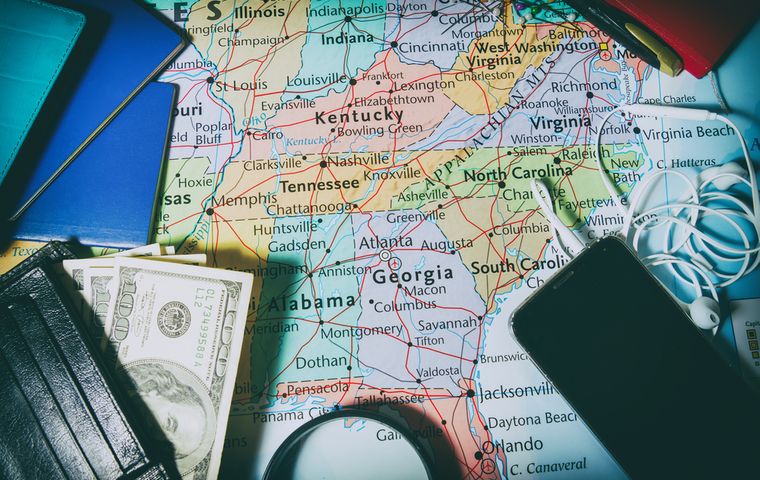 US Cities To Avoid Traveling To With Kids

Going on a family vacation takes a lot of saving, planning and research in order to get the best experience. When you have little kids your vacation can easily be far from relaxing so you don’t want it to be a total bust. If you are choosing to travel to a city within the United States, your choices really are endless. While I’m sure you could find the good in any place you visit, with all those choices, you want to make sure you are picking somewhere that won’t be a complete disaster, either for your wallet or your experience. It’s not that some of these places are bad to visit, they are just not the best option when you are traveling with kids. Here are some cities I would avoid traveling to with kids, whether it’s that they are crazy expensive, dangerous, boring or just not really appropriate for children!

Home to the well known Ivy League school Yale, that may be the only reason you’d want to visit this place with your kids. While there are many museums to visit, most would not be of interest to small children. There just isn’t much to do there unless Yale is their dream school for their future and they want to prepare early and visit the campus.

New Haven has also been known for having a lot of crime outside the Yale gates, and has one of the highest violent crime rates on the East Coast. High unemployment rates also result in a lot of robberies. While fear shouldn’t really hold you back from traveling to places, when you’ve got your little ones with you this place is not worth the risk.

11. Daytona Beach, Florida
Even though there are quite a few attractions available for kids here, Daytona Beach is a big spring break city. While most of the partying crowd would be around during school breaks, it can still be packed with people vacationing there for a good experience of drinking and dancing.

Not to mention the noise! Home to NASCAR, while kids may enjoy watching it, you’ll be subjecting them to a large, drunken and noisy crowd. If you are looking for a beach vacation there are just so many better places, many still in Florida, that will be more appropriate for children, (and probably won’t feature wet t-shirt contests).

10. Detroit, Michigan
Once nicknamed the “motor city”, Detroit is at the top of Forbes list of the most dangerous US cities due to it’s high violent crime rate. Poor economic conditions in the city have forced the city to become extremely run down and riddled with crime and homelessness.

The city is working hard to redeem themselves and make improvements so perhaps down the road it would be worth the trip. For now though, there’s not really any good reason to visit Detroit unless you have something specific you want to see there, and even then, you may want to leave the kids behind for that trip.

9. Bloomington, Minnesota
Most well known for being the home of Mall of America, Bloomington does have plenty of attractions and things to do with kids. However, it’s a huge tourist attraction which means large crowds and to be honest, busy with not much to see.

The reality is, the mall is still just a mall. Yes it has an amusement park in it, and a ton of stores, but taking a bunch of kids into a mall for a vacation? Maybe that’s your thing, and that’s cool, but there are just so many other places to visit that would give a much better experience. But at least you know if you ever end up in Bloomington you’d at least have something to do!

8. Reno, Nevada
Basically a smaller version of Las Vegas, Reno is not really a great location to bring kids to. Known as a gambling town, with a high crime rate, it’s not necessarily the best choice for a family vacation. Vegas has a lot more options for kids so if that is type of vacation you are planning, Vegas is more worth the money and experience.

But as with any place, if Reno is where you choose to go you will be able to find attractions for children. Some will say Reno is close to Tahoe, so it’s a great place to visit. If that’s the case though, just stay in Tahoe! Reno is basically a run down version of Vegas that reeks of bankruptcy, crime and pawn shops.

7. Miami, Florida
While Miami is full of life and beaches, and has the ability to feel almost like another culture entirely, it’s really not a top scene for kids. The city is very divided between the wealthy and poor, which means one moment you’ll be near fancy high-rises and the next surrounded by a lot of homeless people and squatters.

If you want to experience Miami for it’s clubs and cuban food it may be better to save it for a kid-free vacation. The traffic is rough, people are rude and I can imagine it would just be a miserable experience trying to navigate the roads and party scene with little kids in tow.

6. Memphis, Tennessee
Memphis Tennessee may be a dream vacation for the die hard Elvis fan. However, besides Graceland, which only requires a small amount of time, there really is not much else to do there if music isn’t your thing. And are any kids really Elvis fans? Or would the stop be more for the parents?

If you are heading to Tennessee and want to get caught up in the music scene, you might as well head to Nashville where there are so many better options for kids to experience. Memphis is a great trip for blues, soul and rock n roll music lovers who want to visit the music hot spots. It’s likely though that kids won’t know much of that music, nor be interested in it.

5. Baltimore, Maryland
Baltimore has your typical attractions for kids, like an aquarium and zoo, but they aren’t really anything special that would make it a worthwhile trip to take a family vacation. It’s another city with a high violent crime rate and is plagued with drugs.

The historical attractions may not be of much interest to children either. If Maryland is where you really want to travel for your family vacation try heading to Ocean City or Chesapeake beach and only head in to Baltimore for a day trip if necessary.

4. Camden, New Jersey
Labelled the most miserable city in America, there really is no reason to visit this city unless you have family or an event to attend there. Again, it’s truly possible to find something fun to do anywhere you go, but when planning a family vacation this place should not be on your list.

It has an extremely high crime rate with a lot of gang violence and drug deals. Some people have such a hate for New Jersey they will tell you never to visit anywhere there! I can’t say that, but if you want a great family vacation, maybe head a little further north and try out New York.

3. Buffalo, New York
Buffalo is close to the Canadian border so it can get a lot of Canadian tourists on shopping trips. But other than that, there’s not much else to do there. Even the shopping isn’t anything special. Unless there’s a sports team that you want to see, there really isn’t much reason to plan a family vacation for here.

If you are wanting to go to that area head over to Niagara Falls instead, either on the US side, or grab your passports and make a trip to the Canadian side. Either way, just make Buffalo a city you pass through (or drive around) when you’ve got all your kids with you.

2. Cleveland, Ohio
If you must head to Cleveland there are at least some activities you can do with your kids, but nothing out of the ordinary. Again, here is another city with a high crime rate due to lots of unemployment from an economic decline. Some refer to this city as “The Mistake By The Lake”.

Their sports teams are fairly unsuccessful, especially since losing LeBron, making it not even worth while to travel here for a game. On a more positive note…if your kids love orchestra music it does have one of the best orchestra bands.

1. St. Louis, Missouri
I hate to list so many places that are dangerous, but crime is a factor to consider when traveling with your precious little ones, and St. Louis has the second highest violent crime rate. And on top of that, it’s still on the more expensive side for travel.

While there is the St. Louis Zoo, which could be fun to visit, and perhaps some sports teams for the kids who love to watch a game, they really shouldn’t be a reason to choose St. Louis for a family vacation. Save your money for somewhere else more enjoyable and safe. 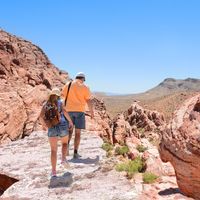 Up Next on Childhood...
Fun Things To See And Do In Las Vegas With Kids
Share
Pin It
Tweet
Email
Comments 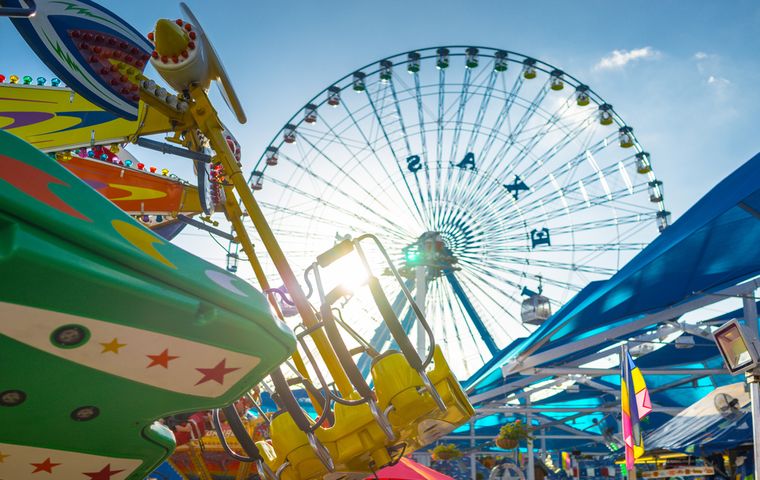 Fun Things To See And Do In Dallas With Kids 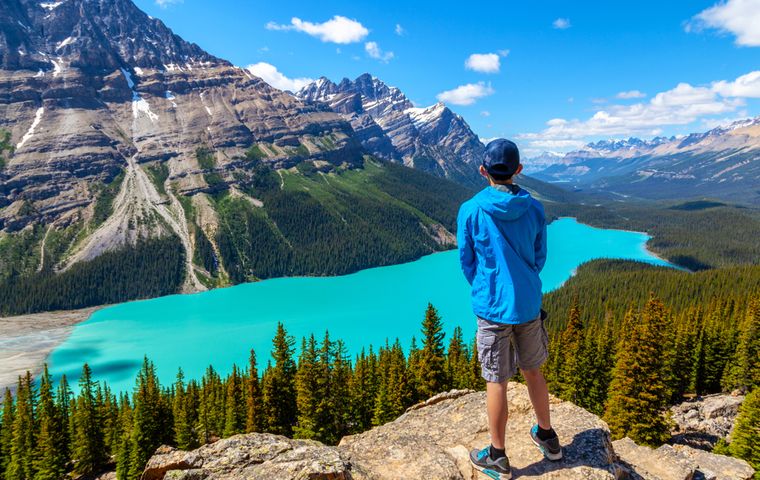 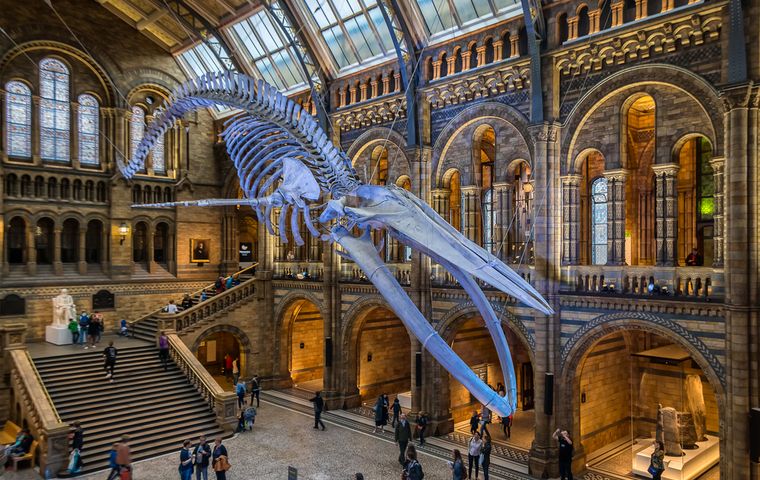 Top Things To See And Do In London, England With Kids 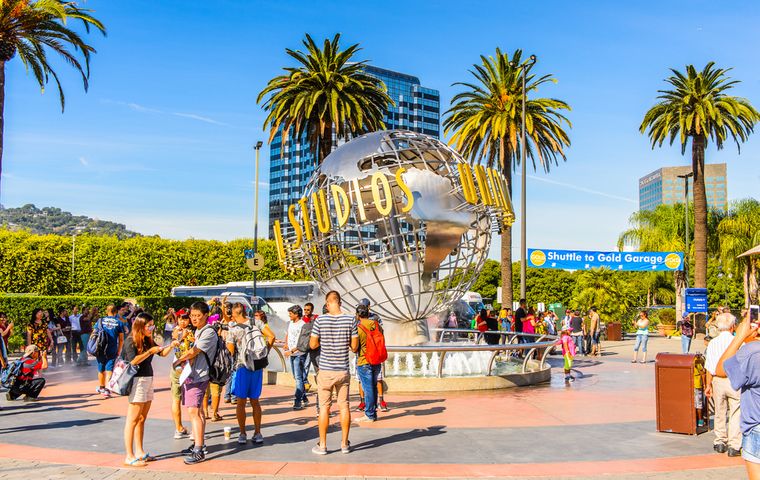 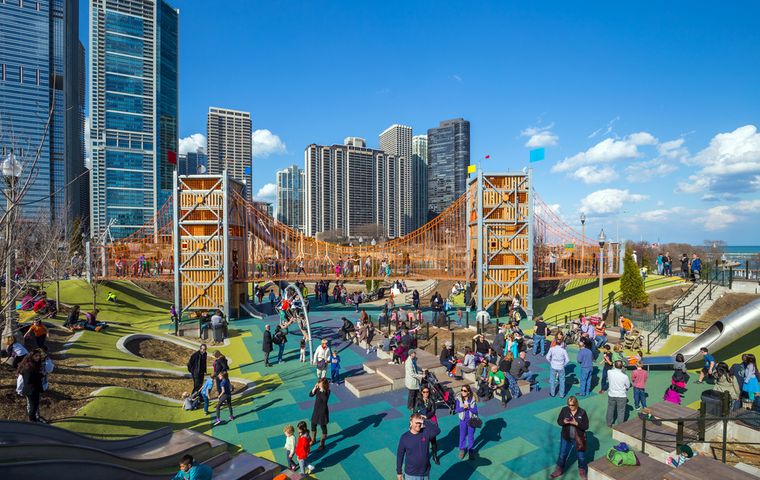 The Best Things To See and Do With Kids In Chicago, Illinois 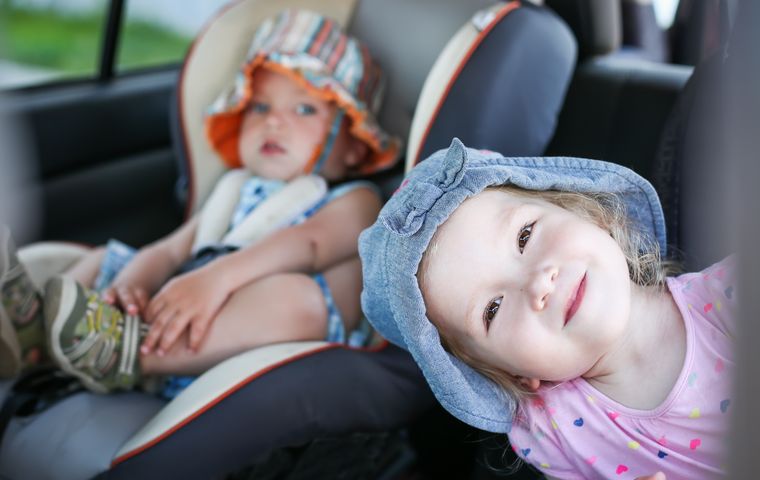 Essential Roadtrip Tips For Travelling With A Baby/Toddler 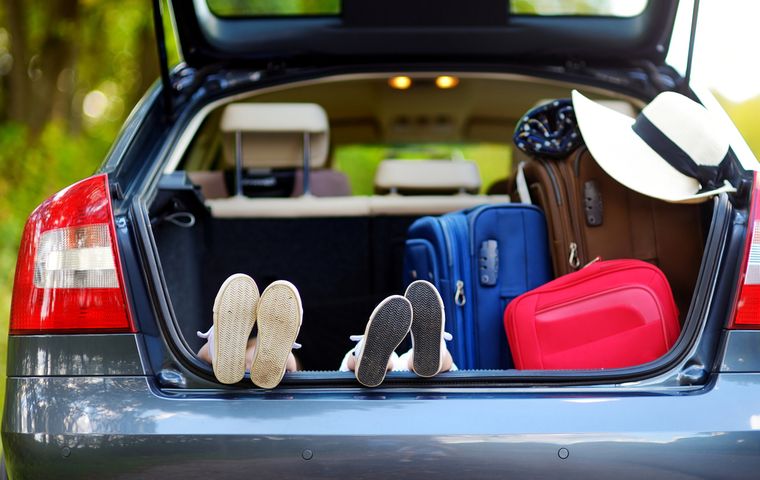 Must-Have Items For Your Next Family Road Trip 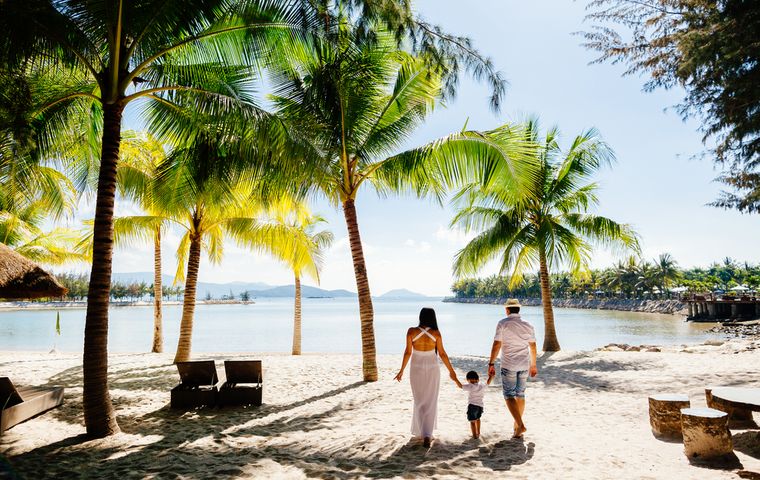 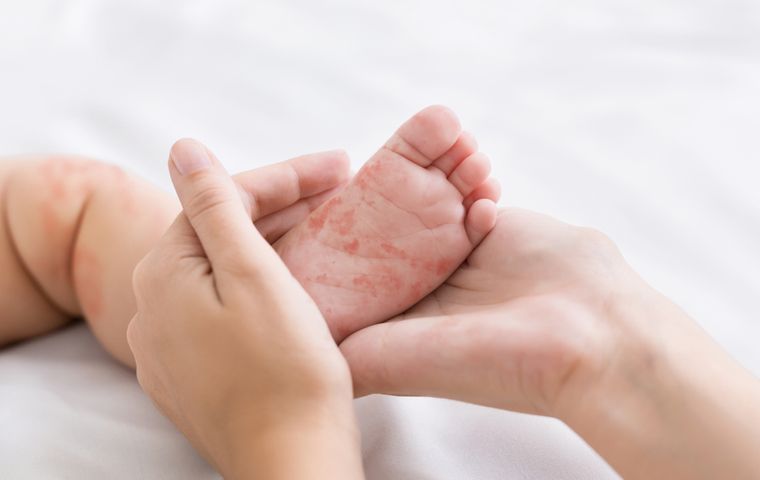 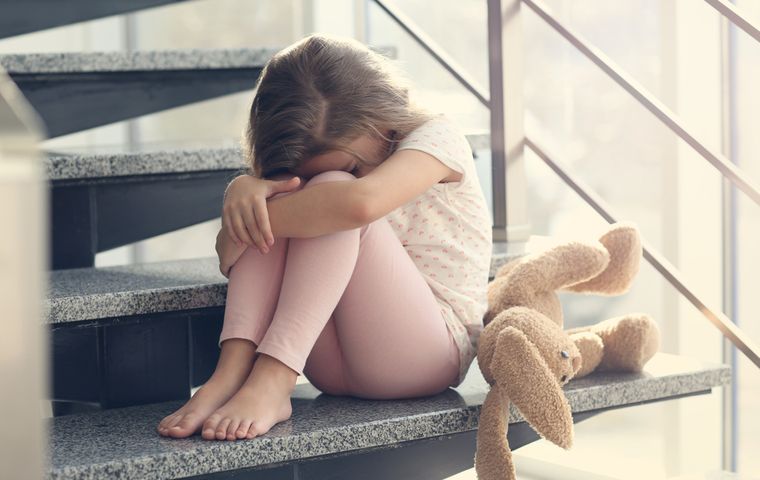 Kids With Anxiety: Symptoms, Types, And Treatment
Related on Childhood

Fun Things To See And Do In Las Vegas With Kids 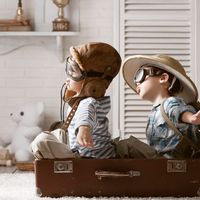 Things To Know Before Traveling With Kids On A Plane 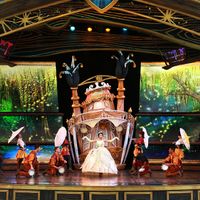 Things To See And Do On Your Trip To Disneyland 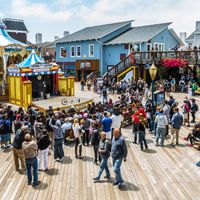 Things To See And Do With Kids In San Francisco 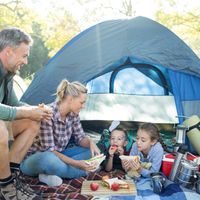 Tips And Tricks To Make Camping With Kids Easier 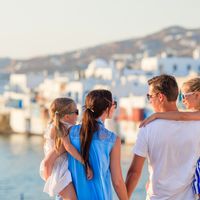 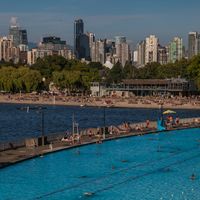 The Best Things To See And Do With Kids In Vancouver, British Columbia 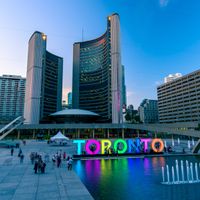 The Best Things To See And Do With Kids In Toronto, Ontario 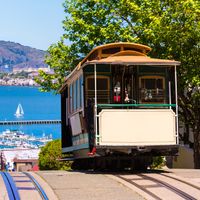 The Best US Cities To Visit With Kids The Best Things To See And Do With Kids In NYC Fun Things To See And Do In Denver With Kids 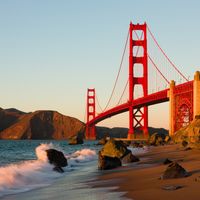 The Best Spring Break Destinations For Families In The US In 2019
Childhood © 2020. All Rights Reserved. Childhood.com is a proud part of the Concourse Media | Qool Media publishing network.