Engagements! Pregnancies! Marriages! Births! There is no shortage of news when it comes to the Royal Family – and that’s just the Brits. With royal families found across Africa, Asia, Europe and the Middle East, there’s no wonder these queens and kings, sultans, emperors and emirs are dominating our news feeds. What better way to channel your inner aristocrat than by bestowing truly royal names on your own little prince or princess. These little rulers of your heart will soon be the crowned heads of the household, so why not start as you mean to go on? With the best royal baby names you’ll actually want to steal.

Adapted from Latin, Beatrice means “voyager through life”, “blessed” and “brings joy”. A name with international panache, it can also be spelled Beatrix or Beatriz and can be shortened to Bea or even Trixie. For over 30 years, the reigning queen of The Netherlands was Beatrix . Princess Beatrice is the eldest child of Prince Andrew and Sarah Ferguson. Her birth date is somewhat auspicious, being the 8th day of the 8th month in 1988 – and soon she will be 8th in line to the British throne. A beautiful and blessed name for your own little queen bee.

From French and German for “free man” Charles has been a royal stalwart of a name from Charlemagne to Prince Charles and loads of Charles’s in between. Sweden, Spain, France, Portugal, Hungary, Austria and, of course, Great Britain all can boast of their very own King Charles. Chuck may be a nickname on the outs, but Chaz and Charlie/Charley are here to stay. The current Prince Charles is next in line for the British throne, while your Charles will be the King of Hearts.

With origins in Latin, Greek and Ancient Hebrew, Margaret (and its offshoots Marguerite and Marjorie) means “Pearl”. A classic name of many strong, smart women, Margaret has a ton of variations to call your own: Meg, Maggie, Peggy, Maisie, Daisy, Molly or Polly, the list is almost endless. Canadian Margarets Trudeau and Atwood, Iron Lady Margaret Thatcher and fun-loving, limelight-stealing Princess Margaret are but a few famous Margarets. Margaret is the National Name of Scotland, the patron saint of expectant mothers and has been bestowed upon queens and princesses across Europe. Perhaps your royal baby will be next.

With a name quite literally fit for a king, George is making a comback on the baby name charts. Stalwart and solid, it was the name of the British king for over 115 years – no wonder St. George is the patron saint of England. Lest we forget, it’s also the first name of American founding father Washington. Other spectacular namesakes include Georges Harrison, Clooney and Michael. Very fine company for a very fine name.

Charlotte is the feminine name for Charles, meaning “petite” or “feminine”. And while that may not be the vibe you’re going for, note that name enjoys pop culture cache with characters across screens large and small rocking the name Charlotte. It’s also the moniker of many a movie star offspring and, of course, the adorable second child of Prince William and Princess Catherine. Cute nicknames include Lottie and even Charlie, which now outranks the masculine version of the name.

The illustrious name of eight English kings and a handful of French monarchs, Henry is a perennial favorite among royals, movie stars and civilians alike. With its origins in German and meaning “estate ruler”, Henry is also the real name of everyone’s best-loved royal, Prince Harry. Then there’s Harry Potter, Harry Styles and another version – Harrison. As the national treasure makes his way down the aisle this summer, there are bound to be many more Henrys and Harrys in our future – and his!

From the Hebrew meaning “pledged to God” is there a more royal name than Elizabeth? Liz, Libby, Beth and even Betty – the name has been in the top 25 of the most popular girls’ names since 1880. And with little wonder – Queen Elizabeth I ruled England for nearly 45 years, and the current Queen Elizabeth II is the world’s longest reigning monarch. Beloved by so many, and the name graces many currencies and institutions. A truly noble name if ever there was one. Long live the Queen!

The name Edward is as noble as they come. Taken from the Anglo Saxon, the name means wealth or prosperity, and guardian or protector. From the 15th century King Edward of Portugal to over 10 British royal Edwards to America’s very own unofficial royal family’s Edward “Teddy” Kennedy, the name Edward is always in style. Despite the scandalous abdication of King Edward VIII, the Royal Family continues to keep the name in rotation, notably Queen Elizabeth’s youngest child, Prince Edward. Made even more popular by vampire heartthrob Edward Cullen of Twilight fame, the name also benefits from having lots of variations to keep it fresh: Eddie, Teddy, Ed, Ned or Ted.

From the Latin meaning “divine” Diana is a classic name associated with the Roman goddess of the hunt and of the moon. The name represents beauty within and without and no one embodied these mythical qualities as much as the late Princess Diana. A fashion influence whose philanthropic work continues to inspire, Diana lives on as the idle name of Princess Charlotte. At once conjuring elegance and grace it is an unforgettable name for an unforgettable girl.

Here’s a name for everyone and anyone, male or female. Alexander or Alexandra. From the Greek meaning “defending of men”, there is no greater name. Literally – Alexander the Great springs to mind. But other famous and royal Alex’s of both genders are dotted throughout the Bible, during history, and across the planet. Lex, Sasha, and Al are among some of the androgynous nicknames that come to mind. With Alex, whether “ander” or “andra”, you can’t go wrong.

William has never gone out of style. From British Kings to American presidents and from poets to playwrights, William is a name that goes from strength to strength. Other versions include Liam (Irish), Willem (Dutch), Guillermo (Spanish) and Guillaume (French). Let’s not forget Billy, Bill, and Will. Wills, as Prince William is affectionately known, is getting more popular by the minute, and is second in line to the British throne.

Modern and classic, popular and timeless, Isabella is a true beauty of a name. A Spanish and Italian version of the Hebrew name Elizabeth, it too means “Pledged to God”. Twilight fans caused the name to surge to the top of lists earlier in the century, but for the rest of us, its connotation of romance and femininity is timeless. With cross-cultural appeal, Isabellas were found in the Royal Courts of England, France, Portugal and Hungary. Whether it’s spelled Isabelle or Isabella, Isabel or Isobel it’s a real winner in any language.

From the Hebrew “beloved”, David is a beloved name that has transcended its biblical roots. The name has come a long way from the King David who defeated Goliath. Medieval kings of Scotland, the patron saint of Wales and contemporary kings of music (Bowie) and sport (Beckham), David will never go out of style. It’s a name that gets better with age.

One of the oldest and well-loved names for girls, Catherine has experienced a resurgence – both with a “C” and a “K”. Queens and commoners alike have been named Catherine, or one of its many offshoots – Cathy, Kate et al. Heroines of fiction, movie and TV stars, Catherine is an international and elegant name. Its current popularity can be attributed to Catherine, Duchess of Cambridge, formerly known as Kate Middleton, wife of the heir to the British throne and mom of 3 young royals.

In the 17th century, King James, a Scot, ascended to the throne of England, becoming the first ruler of Great Britain. From then on, there was no going back for the popularity of the name. Even more surprising is the newly acceptable James for a girl. Jamie, Jaime, Jimmy and Jim have all had their place as winners of the name game. Biblical, royal, presidential and cultural, James is everywhere, a stylish and timeless name that is always in vogue. 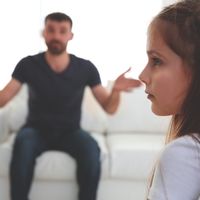 Up Next on Childhood...
Words You Should Never Use to Describe Your Children (And Why)
Share
Pin It
Tweet
Email
Comments

Carolyn Drebin
Carolyn Drebin is an author and screenwriter who currently works for her kids. A pop-culture obsessive and big-time foodie, when she isn't writing she can be found teaching Pilates, baking up a storm, or hanging with her three sons and crazy rescue dog. She can often be found ranting and raving on her website MotherofallMavens.com. 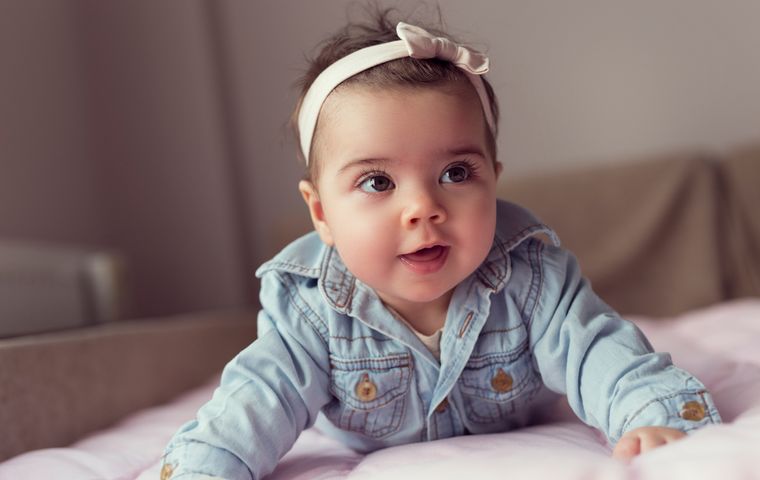 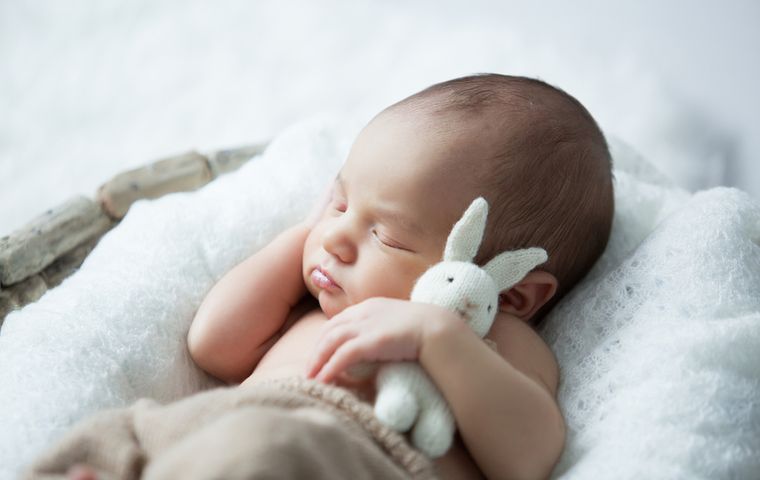 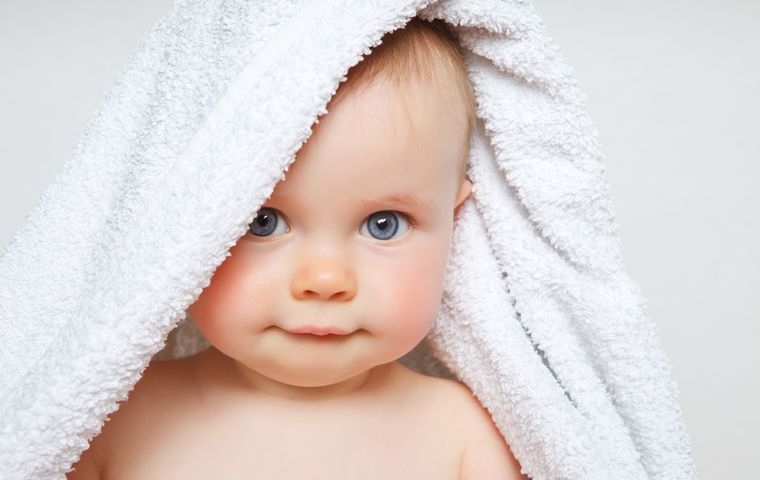 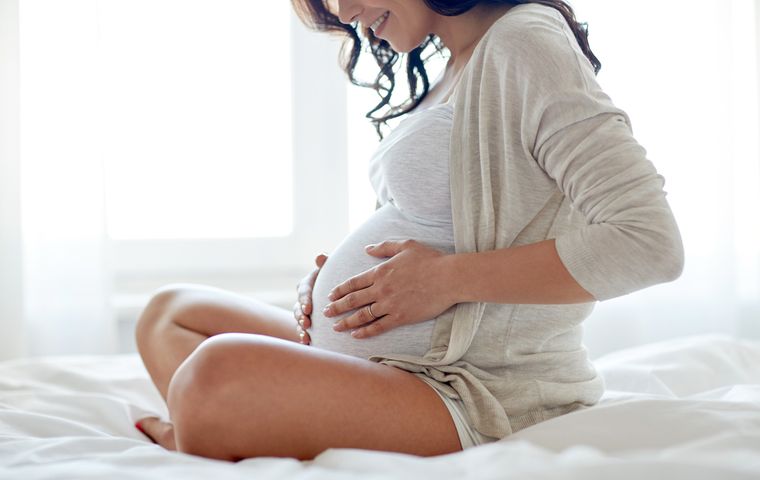 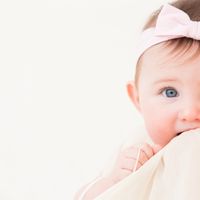 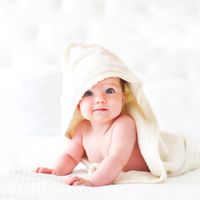